Just like that, we’re more than halfway through August!  You can’t tell by the weather, but fall is just about here.  But before summer slips away, I wanted to try something new and exciting!

Celebrate the coming end of summer with The Doors’ “Summer’s Almost Gone”.  I have a special affinity for the Doors – it was among the first rock music that I started playing and I actually went to a Doors concert in 1970 instead of my senior prom (I couldn’t get a date anyway!).  Despite the tragic passing of Morrison at 27 years old, their music lives on. (Fun fact: our Patient Coordinator Tamara even had a poster of Jim Morrison plastered prominently on her wall when she was a kid despite the fact that she was barely alive during the Doors’ heyday.)

I’ve sent out lots of music before, but this particular blog is going to be much more interactive (hopefully)!  I’m inviting all my family of patients and friends to engage in a little audience participation contest (Todd, Sean, that means you) – and everyone is going to be a winner! Help me finish the song – there are no rules – either with your vocal, percussion, bass, guitar, or even an animation, video or lip-sync.  I’ll take the best submissions and fit them into the mix (I promise I’ll make you sound better than ever!) Then we’ll see what we come up with!

You’ll need headphones, two phones or one computer and a phone.  Simply listen to the video above (with your headphones on) and record yourself (with a voice memo app) jamming or submit your creation for  “Summer’s Almost Gone”!  Don’t forget to clap at the end when directed so we can sync recordings.

Lay down a background vocal or harmony, play an instrument, have some fun!  Then just bring or send in the audio or video file to us (I recommend dropping it into our Dropbox here) and label it FirstNameLastInitial  For example, my vocal file was named RichardW. 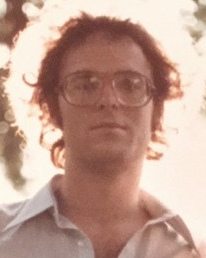 You can listen to the example track I made, putting my vocals alongside the instrumental (Mike W., I’m sure you can do better than this!).  Remember, you don’t have to be a Bing Crosby or Whitney Houston – just have fun!  And if you send us something, you’ll get $100 credit (or bragging rights) with our office.  It’s that simple!

Coming soon:  Jim Morrison not your thing?  Frank Sinatra made James Van Heusen’s ‘All the Way’ a standard.  Let’s see what we can do with it!