I will never forget the look on Stevie Wonder’s face.  In appreciation of Stevie lending his name to our One World Sight Project, an effort to cure world blindness, I was giving him a small token of our thanks.  There is a blind sculpture garden in the Picasso museum in the south of France that publishes a book that recreates some of Picasso greatest works in relief for the vision impaired.  The book is stark white, resembling the Beatles’ white album, and after several pages in Braille, there followed 15-20 embossed Picasso artworks.

Because Stevie had always been blind, I was not sure that he would be able to recognize and appreciate drawings and symbols, a skill sometimes absent in people visually impaired from birth.  I held my breath as I placed his hands on the book and he began to turn the pages, closely examining each one.

“Wait a minute, let’s go back a few pages,” he exclaimed. The expression on his face at the sudden recognition of one of the previous pages was to me worth all of my efforts in coordinating eye care organizations from around the world in the preceding five years.  The smile on his face also touched a related memory that I thought was long forgotten…

I had just arrived in the quite foreign world of Haiti from Washington, D.C. where I was to live for the next few months. I was to work performing eye surgery and examinations for the poor in downtown Port-au-Prince and at an outreach clinic in the small village of Leogane, about twenty miles away.

The front portion of the house where I was staying in Port-au-Prince was used for a small business, as it were, for the blind, mostly children but some older people.  They were provided work filling little stuffed animals all day.  That was where I first saw Angeline, a beautiful 9-year-old girl who wore the same threadbare red dress every day. 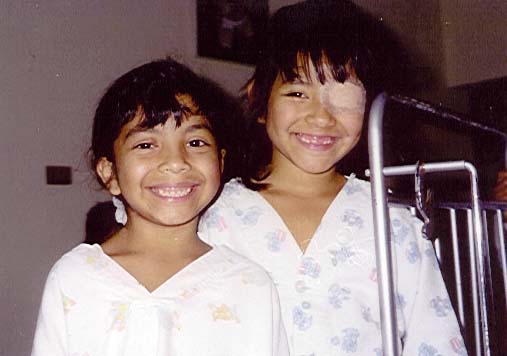 I remember thinking about the kind of life a blind child like her had to look forward to in Haiti.  All I had to do was to look around the room to see her elders at the same task after so many years.  It was a thought that was hard to get out of my mind.

At the clinic at Leogane, scores of people needing eye care used to assemble before dawn beneath an open area under a thatched covering next to the clinic, which opened at 9:00 am.  Having little else to do because of their society’s impoverished condition, and needing medical care that was usually not available, they waited all day to be seen. I was the only doctor at the clinic and would see patients all day until the last one was seen sometime after dark. We tried not to turn anyone away, because they had sometimes walked for miles to be seen.

One day, to my surprise, the last patient was Angeline.  She was barefoot, and wearing the same red dress.  It turned out that she had bilateral congenital cataracts, a treatable condition that was the cause of her blindness. (Twenty million men, women and children around the world are needlessly blind from bilateral cataracts, a condition that can be permanently cured by a relatively simple 20-minute operation that only costs $30-50 in the developing world.)

She was scheduled to have the cataract removed the following week.  It wasn’t clear what her visual potential would be even after the surgery, because children develop a condition known as amblyopia when the retina and brain are not adequately stimulated during their developmental period.   But it was worth a try. 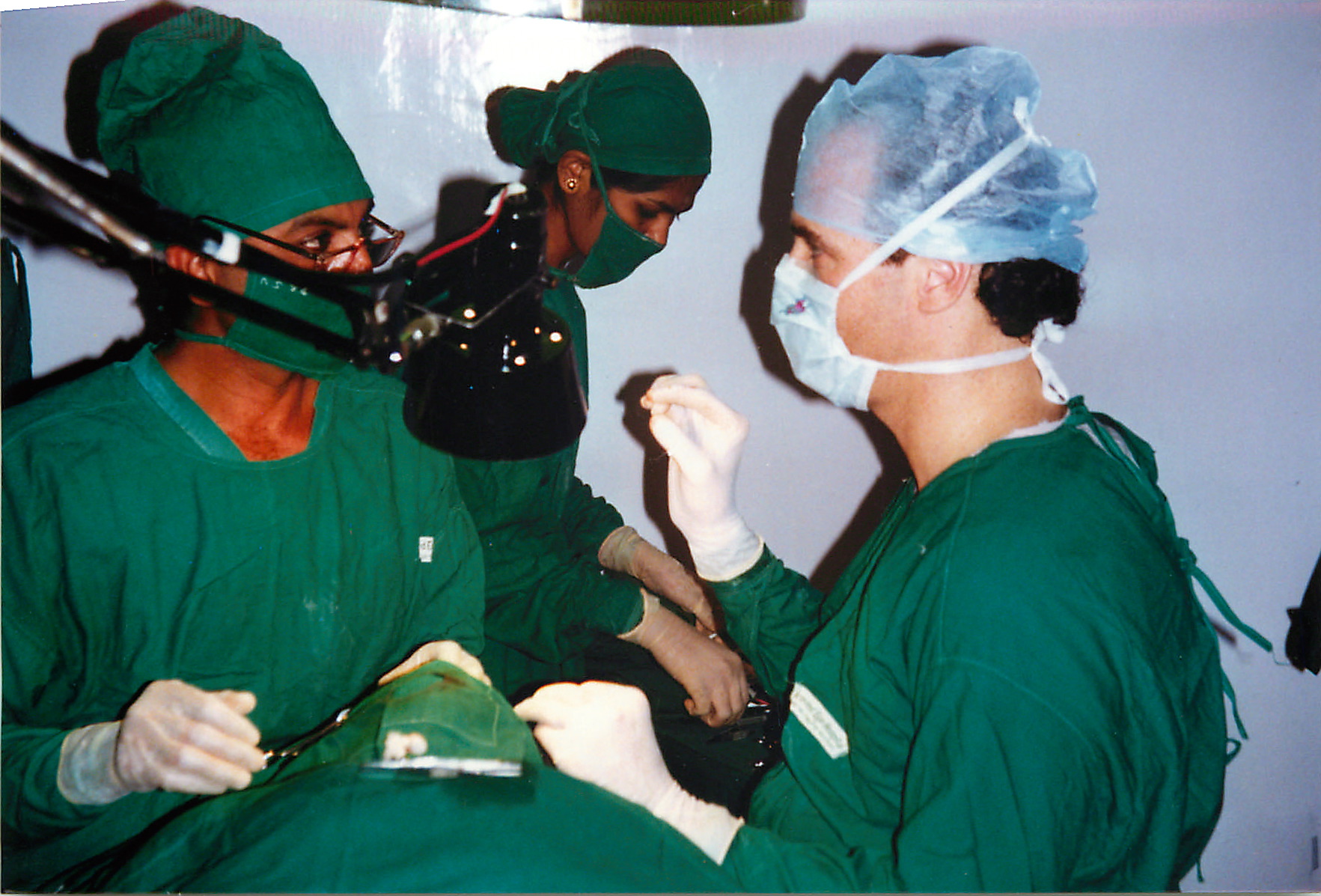 As it turned out, her surgery was quite memorable for me because there was a power failure during her operation (common throughout the day in Haiti) and I had to finish the operation with a person holding a flashlight over my shoulder. When the eye patch was removed and I was able to assess her vision, I was thrilled to see the same expression on her face as I was now seeing on Stevie’s.

After she healed and was fitted with a pair of glasses I didn’t see her at the stuffed toy room anymore.  I’m not sure how she found out, but the morning that I was leaving Haiti, she appeared at my doorstep with a present of thanks – a face carved into a coconut husk.  She told me that my face was the first she had ever seen, and she would never forget it.  I could hardly hold back my tears as I hugged her goodbye.

Now that I think of it, Angeline was probably one of my first inspirations to form the One World Sight Project, and now I was thanking Stevie for his help. I suddenly saw how appropriate it was that Angeline had given me a sculpture in gratitude and here I was giving Stevie a book of sculptures to express my thanks to him on behalf of the world’s curable blind.

I again felt the tears coming on as I realized how fortunate and grateful I was to be in a position to help bring sight to so many.