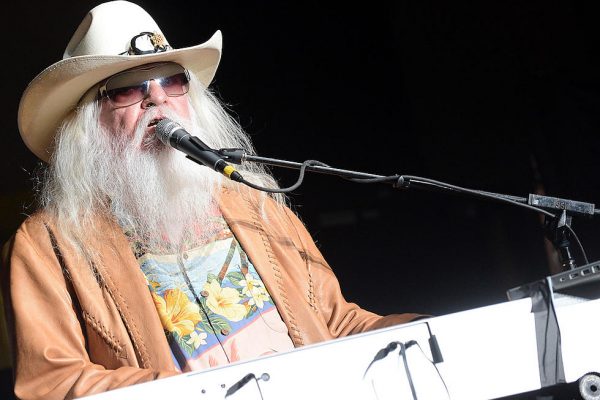 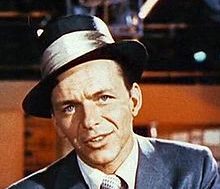 “Ain’t She Sweet” is a song composed by Milton Ager, with lyrics by Jack Yellen. It was published in 1927 and typified the Roaring Twenties and ‘Tin Pan Alley’ songs. Ager wrote “Ain’t She Sweet” for his daughter. Bosendorfer piano sound - For this recording I’m playing a Yamaha Clavinova – which has the same keyboard action as a traditional acoustic piano, but there are no strings. Pressing a key activates (in this case) a sound which was sampled from a Bösendorfer Imperial Concert Grand piano. Try listening to it with a good set of headphones! It sounds better than any piano I've ever owned!!
Read More → 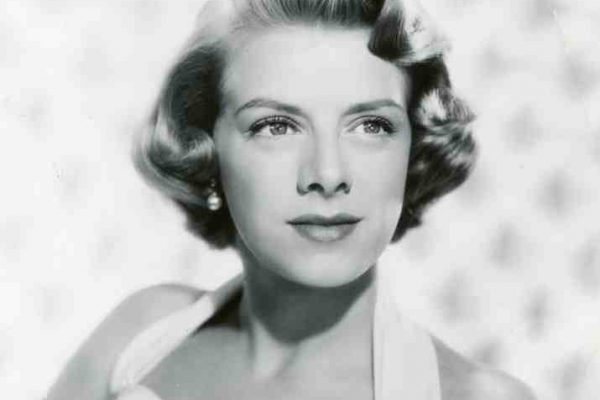 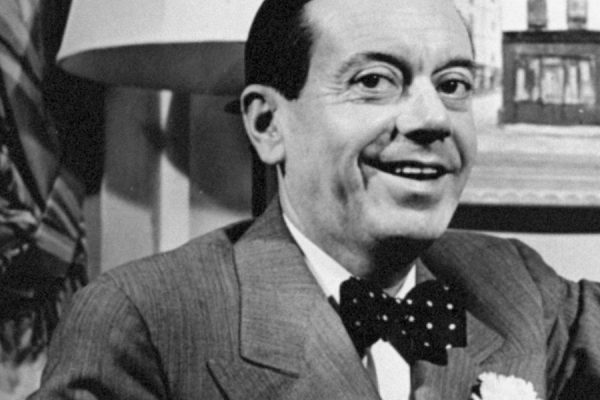 In The Still of the Night

"In the Still of the Night" is a popular song written  (words and music) by Cole Porter for the MGM film Rosalie sung by Nelson Eddy and published in 1937. A little about Cole Porter:  It’s no surprise that his talent manifested early in life. He grew up privileged and even brought an upright piano with him to school. He became class valedictorian and was rewarded by his grandfather with a tour of France, Switzerland and Germany. Entering Yale College in 1909, Porter majored in English, minored in music, and also studied French. In his senior year, he was elected president of the Yale Glee Club and was its principal soloist. Porter wrote 300 songs while at Yale! I’ve always like this song and the way Porter evokes a feeling of mysteriousness with the alteration of major and minor chords. Notable cover versions of this song: Tommy Dorsey, Django Reinhardt, Charlie Parker, Perry Como, Ella Fitzgerald, Doris Day, Johnny Mathis, Bing Crosby, Billy Eckstine and Quincy Jones, Frank Sinatra, Sammy Davis, Jr., Eartha Kitt, Eddie Fisher, Rosemary Clooney, Neville Brothers, Michael Nesmith,  Neil Diamond, Aaron Neville, and Carly Simon. His other numerous hit songs include "Night and Day", "Begin the [...]
Read More → 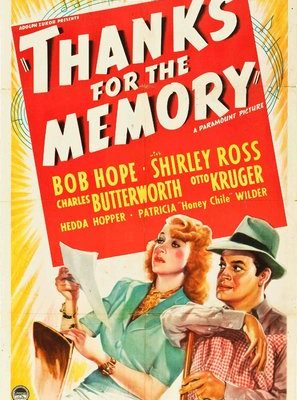 Thanks For The Memory

"Thanks for the Memory" (1938) is a popular song composed by Ralph Rainger with lyrics by Leo Robin. It was introduced in the 1938 film The Big Broadcast of 1938 by Bob Hope and Shirley Ross. In the film, Ross and Hope's characters are a divorced couple who encounter each other aboard a ship. Near the film's end, they poignantly sing one of the many versions of this song, recalling the ups and downs of their relationship (then they decide to get back together). The song won the Academy Award for Best Original Song, and became Hope's signature tune, with many different lyrics adapted to any situation. In the movie the song had three verses (I guess it had to be longer as background for one of the main scenes), the published song had two verses, but, for your listening pleasure, I cut the song down to only one verse. I guess the song was pretty popular, judging from versions by: Bing Crosby, Ella Fitzgerald, Sarah Vaughan, Frank Sinatra, Rosemary Clooney, Rod Stewart and others. This performance is dedicated to my friend and patient Judianne. Enjoy, Dr. Weiss Some information from Wikipedia. Bosendorfer piano sound - For this recording I’m [...]
Read More → 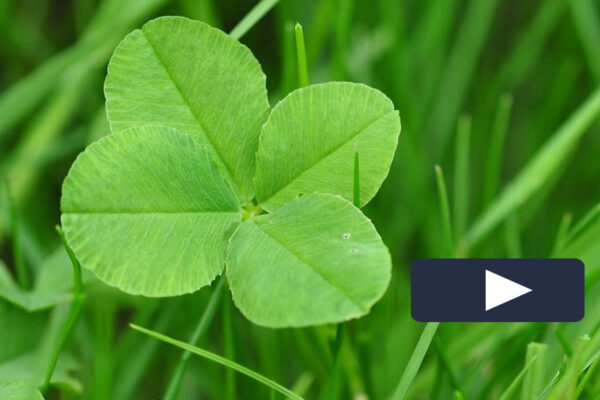 “I’m Looking Over a Four Leaf Clover” was composed by Henry MacGregor Woods, who also wrote the music for “When the Red, Red Robin (Comes Bob, Bob, Bobbin’ Along)”! Although Woods became legendary from this song, in modern times the song is probably most associated with Merrie Melodies cartoons (maybe that’s where I first heard it). It’s also a common tune played by the string bands in Philadelphia’s Mummers Parade (a shout out to my home town, Philadelphia! Picture the Mummers strutting to this song at the speed that I’m playing it! Pretty funny!) This song is dedicated to my friends AB, Brett, Gene, Aileen, Jason and Nathan. Dr. Weiss Bosendorfer piano sound - For this recording I’m playing a Yamaha Clavinova – which has the same keyboard action as a traditional acoustic piano, but there are no strings. Pressing a key activates (in this case) a sound which was sampled from a Bösendorfer Imperial Concert Grand piano. Try listening to it with a good set of headphones! It sounds better than any piano I've ever owned!!
Read More → 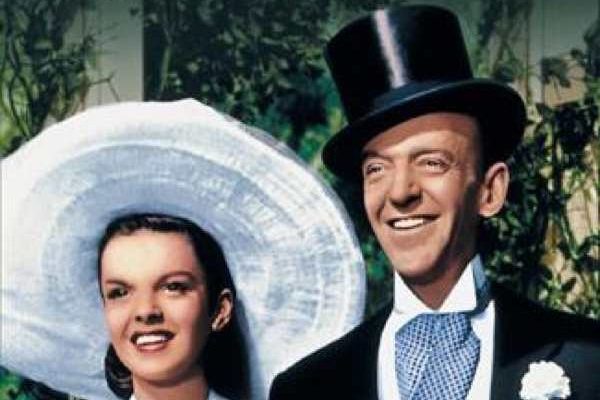 Back by popular demand, I'm happy to share again what is becoming something of an annual Easter tradition - me playing the Easter Parade for my poodle Bisou!  I'm not sure if Bisou ever got a chance to watch the classic movie with Fred Astaire and Judy Garland, but she definitiely appreciated the music! I hope you enjoy! Dr. Weiss
Read More → 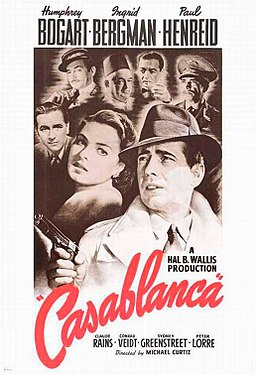 As Time Goes By

Casablanca is consistently rated as one of the most important and influential movies ever made.   Many of its elements are synonymous with classic Hollywood - black and white film grain, Humphrey Bogart in a trench coat, the oh-so-quotable lines and of course, the indelible soundtrack! Today's On This Day is a performance of the song "As Time Goes By", memorably performed by Sam in the famed nightclub, in honor of composer Herman Hupfeld's birthday. Interesting factoids: The "piano player" Dooley Wilson was actually a drummer, so the piano was actually played by someone off screen!  Also interesting, is that one of the lines most often associated with the film ("Play it again, Sam), is actually a misquote!  When Ilsa first enters the Café Americain, she spots Sam and asks him to "Play it once, Sam, for old times' sake." After he feigns ignorance, she responds, "Play it, Sam. Play 'As Time Goes By'".  Finally, the aforementioned song might have been dropped from the film entirely if not for a haircut Ingrid Bergman got for her next film - making reshoots impossible. So if not for a haircut, we might never have known this song!! Thanks for watching and "here's looking [...]
Read More →

The Things We Did Last Summer

I'm happy to introduce a new feature coming to our blog today - 'On This Day. In a way, it's less of a new feature and more of a way to give a bit more context to some of the music I'd like to share with you all. On this day in 1993, musician and songwriter Sammy Cahn passed away. Cahn wrote the song that I'm covering today - "The Things We Did Last Summer", which debuted in 1946. His songs won 4 Academy Awards including one for "Three Coins in a Fountain." I've always loved this melancholy and romantic song, and for me the classic version is sung by Sinatra. This was only one of many songs that Cahn and Jimmy Van Heusen wrote for Frank Sinatra. They were almost considered to be his personal songwriters - producing such songs as "All the Way", "Come Fly With Me",  "High Hopes", "Call Me Irresponsible", "My Kind of Town (Chicago Is...)" and "Love and Marriage." With composer Jule Styne he is remembered for hits such as "Let It Snow, Let It Snow, Let It Snow", "I Guess I'll Hang My Tears Out to Dry", and this song, "The Things We Did Last Summer".  He also wrote the [...]
Read More →