Enhance the Natural Beauty of Your Skin!

Skin rejuvenation is the improvement of the tone, texture and coloration of the skin, usually the facial skin. “When I think of skin rejuvenation techniques, I think of a variety of methods starting with ‘cosmeceuticals’ and progressing to prescription creams, glycolic acid peels, TCA (trichloroacetic acid) chemical peels, fractional CO2 laser peels, and finally to ablative CO2 laser resurfacing.”

Watch a patient testimonial
View Before & After Photos

Damaged skin can manifest itself in many ways: lines and wrinkles, brown spots and discoloration, sagging, enlarged pores or an uneven texture. Different skin laser treatments have different effects and depending on the results you desire and the downtime you’re willing to commit, Dr. Weiss will determine which is right for you.

Here’s a brief summary of our laser skin treatment options:

Becoming An Expert at Skin Rejuvenation 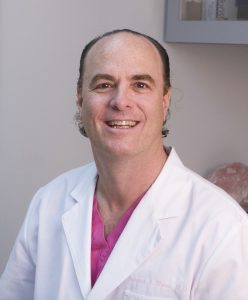 “Ophthalmic plastic surgeons (oculoplastic) surgeons are the experts at cosmetic eyelid surgery, so I am always interested in learning about any technique that improves the appearance around the eyes (such as Botox, cosmetic fillers and skin rejuvenation).

It was while on the faculty of Beckman Laser Institute at UCI that I was present at the birth of the modern era of laser skin rejuvenation in 1995 and became one of the first laser surgeons in the country trained in a new technology: CO2 laser skin rejuvenation.  It is still the gold standard after all these years.

I mentioned elsewhere that my reputation in eyelid surgery indirectly led me to become an innovator in laser vision correction. Laser skin resurfacing is an example of my vision correction interests leading me back to the cosmetic side. I was performing some of the first laser vision correction procedures at the world-renowned Beckman Laser Institute, where they are constantly developing and introducing many different kinds of medical lasers.  So I was on hand when the CO2 laser was approved in the U.S. and was among the first physicians trained in its use and having access to these state-of-the-art lasers.

My main motivation was feeling that I needed to become an expert in any procedure that was best at improving the appearance around the eyes – my chosen neighborhood.

Most things come and go, but I’m happy to say that the CO2 laser not only gives the best, safest and long-lasting improvement for facial wrinkles (and that it works best around the eyes) but it is still the gold standard even after all these years. And it’s really very reassuring to have a standard that passes the test of time!”